Bangladesh is steeped in architectural history, cultural heritage and art history, making it a fascinating country to visit. Below are three of the top sites to visit, each offering something a bit different to the other.

Somapura Mahavira is a Buddhist Vihara, which is also known as a monastery. Its history goes back as far as the eighth century and has been influential on other Buddhist architecture all over Asia. Many artefacts such as sculptures, pottery and tools have been discovered over the years when the site has been excavated.

Everything that has ever been discovered on the site is now displayed at a museum close to the Somapura Mahavira. In 1985 the site was declared a UNESCO World Heritage Site. It is situated in Paharpur, in the Naogaon District of Bangladesh, which is located in the North of the country. If you have your flight ticket to Bangladesh booked, this is one place you should try to visit.

The Lalbagh Fort is a seventeenth-century Mughal Empire palace, but the most fascinating thing about this particular palace is the fact it was never completed. The palace is fortified and soldiers carried out revolts here over the centuries. 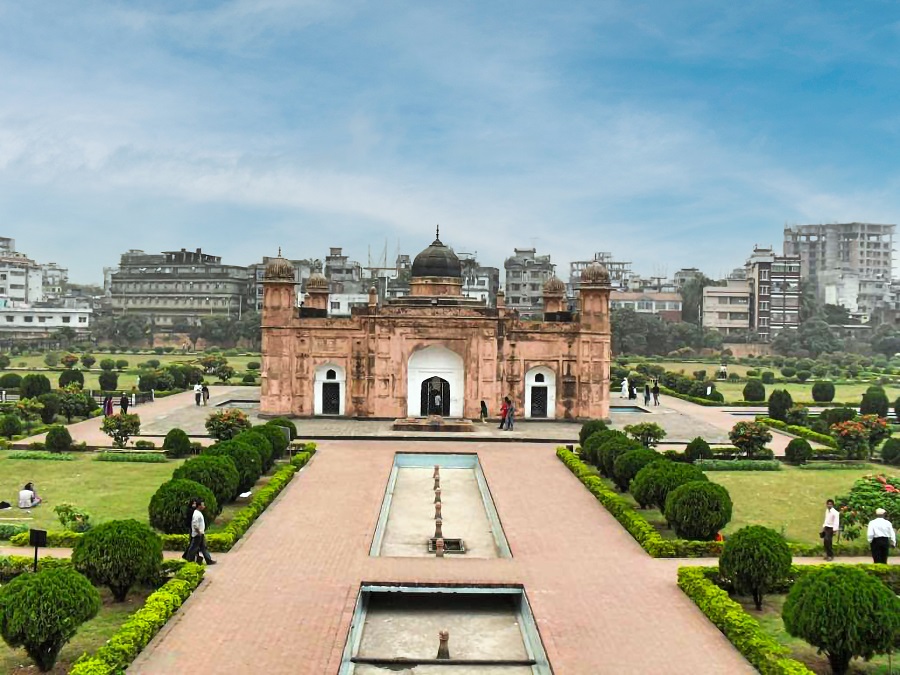 One such revolt was against the British army during the great rebellion of the 19th century. There are three parts of the fort that were completed. They are known as the Quilla Mosque, Diwan-i-Aam and the Mausoleum of Pari Bibi. Visitors are not permitted to access all parts of the Mausoleum of Pari Bibi because there is a tomb situated in the centre of the white marble room. Lalbagh Fort is located in Dhaka and is a fascinating place, steeped in Bangladeshi history.

Rabindranath Tagore was a poet, playwright, painter and composer that lived in this beautiful three-story mansion for many years, and he produced a lot of his work while living here. He was born in 1961 in India, and Rabindranath Tagore was the first non-European to win the Nobel Prize in Literature in 1913 for his poetic prose that he wrote in English. The building is now a museum and displays many of Rabindranath Tagore’s belongs and works. The museum is situated in beautiful gardens with a pond and is located in the Kushtia District in Bangladesh.

Bangladesh has so much to offer, so why not find your cheap flight to Bangladesh today and embark on the trip of a lifetime?