Dhaka can easily be described as a megacity, with over 18 million people living in the Greater Dhaka Area. For tourists who aren’t used to these sorts of numbers, it can be quite overwhelming at first. Once you get over the initial shock of it you can explore the many cultural treasures this city has to offer. Here are some of the best cultural attractions in Dhaka for any tourist to visit.

Lalbagh Fort is an incomplete Mughal fort which was built during the 17th century. It remains as a powerful reminder of the magnitude of the Mughal rule within Bangladesh and includes typical aspects of Mughal architecture such as minarets and domes. The extensive gardens and grounds continue as an oasis amidst the pandemonium of Dhaka’s streets, and the crypt of Para Bibi, the daughter of the former Mughal leader of Bengal is open for visitors. 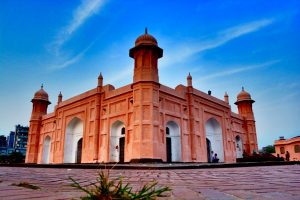 Shankhari Bazaar is a vibrant slice of the commercial life of Old Dhaka and gives us an insight into the artisanal traditions of the Hindu community. The crisscrossed alleyways are filled with craftsman and artisans all practising their traditional crafts for you to buy. Many residents come from the original Hindu inhabitants and their traditions have been passed down from generation to generation. The Bazaar is constantly humming with energy which visitors will be entranced by as they wander through the district.

Dhaka is often called the ‘City of Mosques’ and this stunning mosque shows us why. This building has been well restored, unlike many of the other sites across the city and reveals the architectural style of 17th and 18th century Dhaka. This mosque is unique in that the tahkhana rooms are raised and must be reached by a series of steps. In a metropolis filled with buildings, the Khan Mohammad Mridha Mosque is a treasure, and one of the most unusual pieces of Bangladesh’s past. 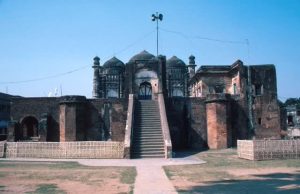 We offer a wide range of accommodation, holidays and flight services on our website, with flight offers in Dhaka available. Book now to explore this culturally rich city.